Alpha 6 has landed, and it’s one of our biggest ships to date. We’ve rewritten our grid system and all major components in flexbox, forging ahead with it as our default layout option as we drop IE9 support. With 700 commits since our last release, we have some catching up to do.

Read one for highlights from this release. We also recommend reviewing the ship list and milestone for a more detailed look at what’s changed.

Bootstrap 4 is now flexbox by default! Flexbox is an immensely powerful layout tool, providing unparalleled flexibility (hah) and control to our grid system and core components. It comes at the cost of dropping IE9 support, but brings significant improvements to component layout, alignment, and sizing.

If you’re unfamiliar with flexbox, here’s some of the power you can expect to utilize in Bootstrap 4:

Nearly every component now takes advantage of flexbox in place of display: table hacks and floats. That means less reliance on clearfix, more control over DOM and visual order, and fewer bugs. Navs, list groups, cards, and more all utilize flexbox. Even more complex components like the carousel have been modified to use flexbox in some places.

Responsive utilities and the great infix

With Alpha 6, we’ve made Bootstrap’s extensive suite of utilities—including classes for display, float, and flexbox, and more—completely responsive. To keep these class names as approachable and representative of their scope as possible, we’ve also made two important changes to their naming scheme.

Put that all together and you end up with updated classes like .col-6, .d-none, .float-right, .d-md-flex, .justify-content-end, and .text-lg-left. These new classes bring immense power and customization to folks building with Bootstrap. They also make it easier for those migrating from v3 with clearer mappings to legacy class names.

We’re back at it with more grid improvements. This time we’ve added responsive autosizing columns and more container padding options. Add any number of .col-* classes and they’ll automatically be equal in width.

Padding for grid containers can now be configured across breakpoints with the new $grid-gutter-widths Sass map. In addition, you can remove gutters from grid rows and their columns with the .no-gutters modifier.

As mentioned in our last release, the Alpha 5 navbar was a little half baked. This time around, we’re completely baked. No, but seriously, the navbar has been rewritten to provide better built-in responsive behaviors and improved layout customization thanks to our move to flexbox. 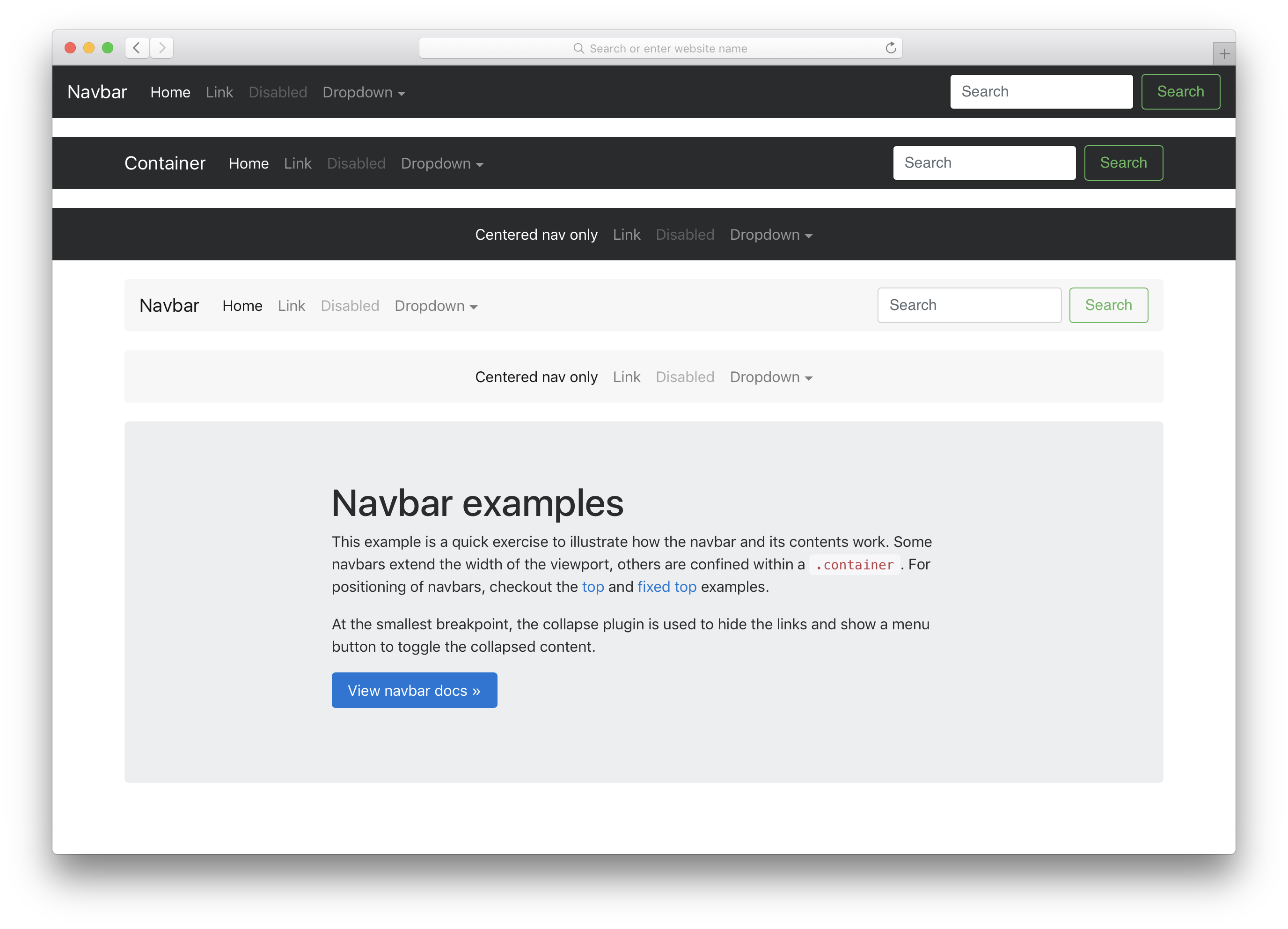 Here’s the rundown on what’s changed:

Check out the navbar docs to learn more and see it in action.

Up next, our first beta

Like you, we’re very much ready for our first beta release. Luckily, we’re in great shape to get there from this alpha. We have the fewest open issues and pulls we’ve had in easily the last 18 months, and the contributions from the community have been outstanding. As we head to our first beta, we’ll be focused on not adding anything new, ideally making as few breaking changes as possible, and emphasizing documentation quality and bug fixes.

We need your help to get there though. Please dive into this latest release and continue to report bugs and submit pull requests as you can. Every bit helps us improve the next release!

For more details on this release’s changes, take a look at the Alpha 6 ship list issue, as well as the closed Alpha 6 milestone. Be sure to join our official Slack room! and dive into our issue tracker with bug reports, questions, and general feedback whenever possible.

Using the Bootstrap CDN? Review the changelog and update your CDN links to point to the latest files: